The Story of Curbside

Episode 1: Paul Tepfenhart, Senior Vice President of H-E-B Emerging Tech and Innovation, shares the ingredients that make H-E-B Digital successful and how a team of six built Curbside into the billion-dollar business it is today.

Paul Tepfenhart: Thanks. It's great to be here Chandra.

Chandra K. Bricker: You've got quite a mouthful of titles there.

Paul Tepfenhart: I do. I was wondering if you were going to get through all that.

Chandra K. Bricker: Well I'm gonna lead in with this one though many people don't know this but you are one of the pioneers of H-E-B Digital.

Paul Tepfenhart: Does that make me kind of a Daniel Boone of H-E-B?

Chandra K. Bricker: Davy Crockett or bust—if we want to go with our Texas heroes.

Chandra K. Bricker: Go rebels. So what started the journey for H-E-B Digital?

Paul Tepfenhart: You know, gosh, I think passion? If I think back and I put together all the ingredients: it was a small group of Partners that were just super passionate about making a difference for H-E-B.

Chandra K. Bricker: So passion is one ingredient. What else started this H-E-B Digital journey? Because this was 2012?

Paul Tepfenhart: Yes, 2012. And the very first thing we embarked on is we said, "Hey you know what? We ought to be taking our in-store produced items and allowing customers to customize them, order them, and then they can skip the line just pick them up when they come to the store…"

Paul Tepfenhart: So we started down that path, and we did that for custom cakes, deli items, floral, and then wine. We even extended our wine assortment online which was very popular.

Paul Tepfenhart: So that got our whole thing going. We said, "Well, alright maybe we ought to put more of our assortment online." And so we built an entire catalog of items so that customers could build shopping lists and ultimately we created digital coupons behind that. We were there to help the customer shop the in-store experience. That was the next step on that journey—at which point customers said, "Gosh, I wish I could buy things and have them come to my house." So we said, "How are we going to do that?" And we went after Instacart and Shipt and said "Guys would you be willing to help us with getting Last Mile in place for our customers?" So we launched that in late 2014 and 2015. And before you know it that was a that was gaining traction and we said, "Alright we need a mobile app." And we went after a mobile app and put that out there so that you could just check off your items more conveniently as you're shopping through the store. This was an in-store shopping app and then folks were able to transact their coupons instead of just know what they wanted. . .

Chandra K. Bricker: All on the phone

Paul Tepfenhart: All on the phone and went right along with them. About this time we started realizing "Hey, there's there's probably another idea here that we haven't really fleshed out, which is how can folks order online then just pick up?" It was an extension of the idea that we had done with bakery and deli and wine but now let's make it the whole store. So we launched a little skunkworks pilot called Curbside. And in many ways the rest was history. We wound up being able to open 100 stores in a single year and that was a year with our hair on fire.

Chandra K. Bricker: One hundred stores in a single year? So if there are 52 weeks in a year and you're opening a 100 stores—that's two stores a week?

Paul Tepfenhart: Yeah and there were many weeks that we opened a lot more than that.

Paul: Because in the beginning we were opening one-one-one and then said, "Uh oh, we're a little behind." So we needed two-three-four. It was a crazy time. We kept our construction team incredibly busy and lots of growing pains. You know I think about just the things we overcame to make that work. And our customers were always great. They forgave us many little mistakes along the way as we as we tried to get better and better.

Chandra K. Bricker: Well let's talk about that. What kind of challenges did you face as you were building Curbside? I mean just speed of construction alone is obviously a challenge. But even building a mobile app for four categories and then expanding that to the entire store. What were some of the challenges you had to overcome to even build it.

Paul Tepfenhart: Well over 100,000 items to build a product catalog and you had a very short period of time to do that.

Chandra K. Bricker: Is that just the wine category? [Laughs]

Paul Tepfenhart: Yeah. [Laughs] Some of our assortments are like that. So amazing undertaking that that was. But when I even think as we scaled out into all these stores—100 stores of construction—and keeping it all straight. That was amazing.

Paul Tepfenhart: Then let's talk about the technology. We did a pilot, and after the first month of the pilot which was supposed to run for six months, it was pretty obvious it was gonna be a big hit. Now we said, "How do you scale that?" And so we took our technology, which was very modest, and moved it to 10 stores. And at that point it was kind of slow, and it was becoming very obvious that we needed a different technology stack to accelerate. So we had to go out and find a new way to serve the website then what we had the pilot even on and  launch that. And that's all going on as we're scaling up on our stores and changing our platforms and you know trying to hire some folks to help because literally this thing began with a small team of six.

Paul Tepfenhart: A small team of six got us to about 40 stores.

Chandra K. Bricker: So you launched a minimum valuable product and then you iterated and then you scaled up …

Chandra K. Bricker: You like it? Then you scaled up to what is now a billion-dollar run rate?

Paul Tepfenhart: No not run rate, we're going to book a billion dollars this year. But you know I think about other challenges and it was really tough and there was a lot of pressure on how do you bring the H-E-B store experience to life online. You don't have the aromas. You don't have the great partners that you're interacting with as you wander through the store. And that was always a real challenge for us and it's still a challenge today as we continue to improve the experience to be able to accommodate those kind of things.

Chandra K. Bricker: But what an interesting challenge to have.

Paul Tepfenhart: It is. It's a great challenge. And, you know, I look forward to the future of really  leading out on that digital experience. I think the other one is solving Last Mile. Being able to reach our entire customer base with a delivery solution. Customers love to come pick up Curbside, but more than a quarter of our business is home delivery, where they're not able to get to the store but they need those items. So being able to do that in an affordable way and having the right technology underneath that is why we've been piloting a fleet solution. That's got a long way to go to become the way we deliver goods to home but it's an exciting  challenge to keep working on.

Chandra K. Bricker: It's my preferred method of shopping these days. Exclusively delivery.

Chandra K. Bricker: So what's next?

Paul Tepfenhart: Well you know honestly my role is expanded and I'm now getting to play a lot in the emerging technology space.

Paul Tepfenhart: You're going to see over the next five years a lot of things transform even further. Grocery remained the same 60, 70 years and all of a sudden we're seeing each year it just accelerating in terms of the change. I'm looking at technologies from machine vision to artificial intelligence, robotics, all kinds of things with traceability and blockchain. Don't think for a second that Smart Homes aren't a really relevant impact on stores. You have now devices in your home that can order what you need to replenish themselves, right? So that's gonna change. Voice interface. I don't think we'll actually point-and-click in the future, I think we'll talk. So how do we have the technology and an interface that allows that experience to go forward. These are all the challenges of the future. And autonomous delivery is something we've been exploring a little bit. Hydroponic urban farming—you know this sounds far-fetched and and yes I've gone way out there ….

Chandra K. Bricker: But you get to because you're the Senior Vice President of Emerging Tech and Innovation. How fun is that?

Paul Tepfenhart: And you think about what you can do from a carbon footprint standpoint, if you're not having to transport produce all over the U.S. You literally can grow it in areas of the city which are not producing and may even be vacated. Now you can do hydroponic farming right close to where people consume it. We could talk healthcare. We can talk sustainability all day. But the future is very bright when we think about what's next and I'm just excited to see what we bring to life next year.

Chandra K. Bricker: And I'm excited for you Paul. You have the most interesting challenges to solve and it's got to be fun to work on those.

Paul Tepfenhart: It's super fun and it's super fun to work with our partners who are even more energetic than I am.

Chandra K. Bricker: Thank you for your time today Paul.

Paul Tepfenhart: Great to be here.

All we’re missing is you. 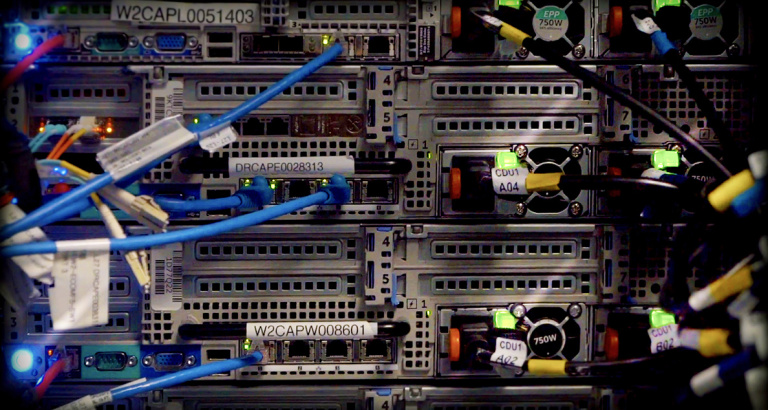 We keep our head in the clouds—but we keep some of our data in our own, on-prem data center. Tour the tech hub that powers all of our systems. 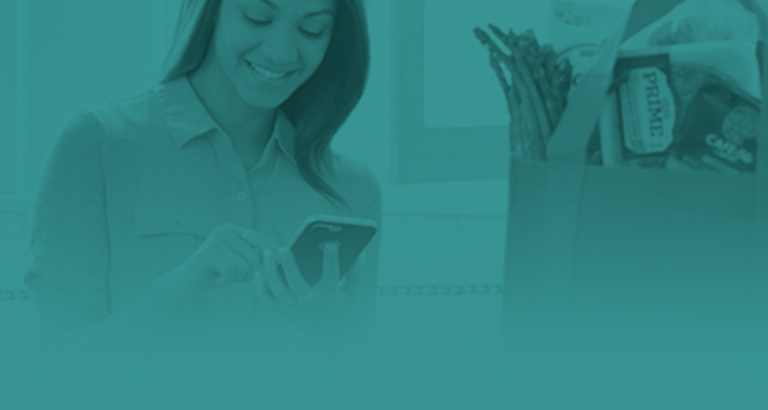 What does it take to fulfill our digital fulfillment dreams? Read about the foundational changes our team tackled to help get you your groceries faster. 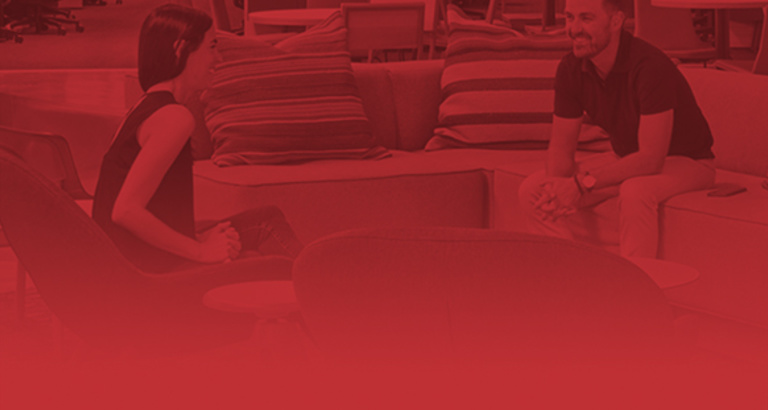 How the H-E-B offices were designed for Texas

In honor of Texas Independence Day, we’re reflecting on the many ways our headquarters reflect the spirit of our state.